To mark the occasion of the 5th annual Southampton Film Week delivered in City Eye’s 25th year, we felt something special was called for and so launched our own filmmaking competition with SFW: Shorts. To reflect City Eye and Southampton Film Week’s broad offer, we invited films of all production techniques including animation, drama, documentary, experimental and non-narrative – we simply said that films should be no longer than 10 minutes.

Michael was a supporter and advocate for City Eye throughout its history and whilst he was Arts Officer at Southampton City Council and then Hampshire County Council.
During his time at SCC he was also involved in setting up Southampton Film Festival, the forerunner to SFW, which began in the 1980s and continued into the 90s. He remained passionate about film and indeed the cultural welfare of Southampton and the wider region. He was a member and Chair of the Phoenix Film Society. Michael died in December last year. His support and counsel is missed but we are so pleased that Michael’s wife, Lesley, has approved the creation of this memorial to him. 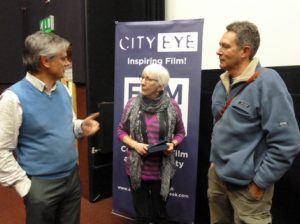 Congratulations to Anna Cady who won the SFW: Shorts competition and became the first recipient of the Michael Fuller Award for Best Film with 30%. The film beat off competition from 13 other short films and was selected as best film in the Audience Vote also.

We were thrilled to find out on 4 December that the wonderful 30% has also been selected by Sundance film Festival in the Documentary Short Film category. Short Film 30%, the story of the ten year battle to achieve fair representation for women in the governance of Sierra Leone, is revealed to us with passion by three extraordinary women from diverse backgrounds. Bernadette, Salamatu and Barbara share their stories of the ‘road blocks’ women face within the world of politics in Sierra Leone. The film moves effortlessly between Em Cooper’s exquisite oil painted animation and live action video – so transforming issues of gender and politics into compelling and thought provoking viewing. 30% is the only UK film selected in this category and we wish Anna every success at the festival in January. For more information about this film and Anna’s work visit www.annacady.com 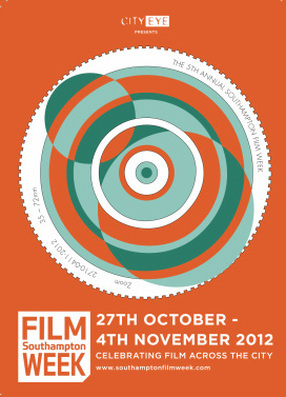