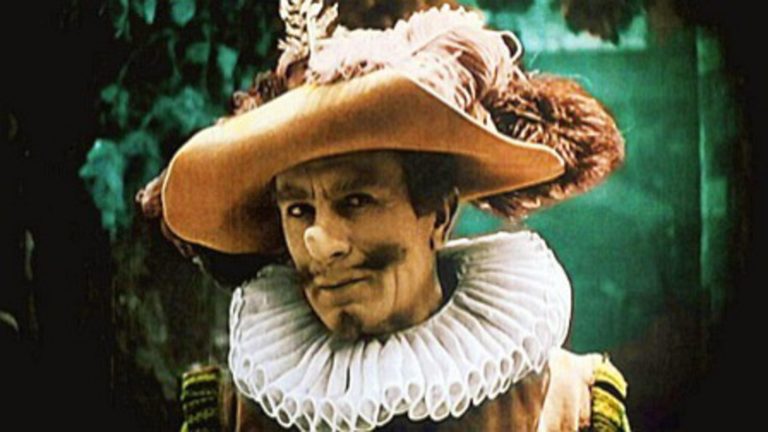 Cyrano de Bergerac (1925) with Stephen Horne at the Piano

Soldier and poet Cyrano de Bergerac is in love with Roxane, but he’s too ashamed to admit it because of his big nose. When a cadet, Christian, falls for Roxane, he asks for Cyrano’s help in sharing his feelings. Cyrano writes love letters signed with Christian’s name, and Roxane doesn’t realize that it’s Cyrano’s words she falls for…

Based on Edmond Rostand’s classic play of the same title, Augusto Genina’s 1925 French-Italian stunning version of Cyrano de Bergerac was the first key feature film adaptation opening up the play to take advantage of the spectacular backdrop of 17th-century France, the grandeur of the costumes and the possibility for some great classic swashbuckling action.

The wonderful Cyrano of this film, Pierre Magnier, understudied Coquelin in the original stage production. Magnier frequently performed Cyrano following Coquelin’s death in 1909 and remained active on stage and in films for another forty years, being best remembered today as the General in Jean Renoir’s Rules of the Game (1939). Magnier paved the way for other Cyrano’s to follow, including the best remembered 1990 adaptation starring Gérard Depardieu.

A very rare chance to see on the big screen, this particular restoration also showcases the filmmakers’ bold decision to present almost the entire work in the highly stylised and beautiful Path Stencil Color process which took the film company another three years to complete; delaying the film’s release till 1925. Celebrated multi-instrumentalist Stephen Horne returns to Turner Sims to provide live music following his acclaimed performance accompanying Metropolis in 2018.

With thanks to Lobster Films Paris