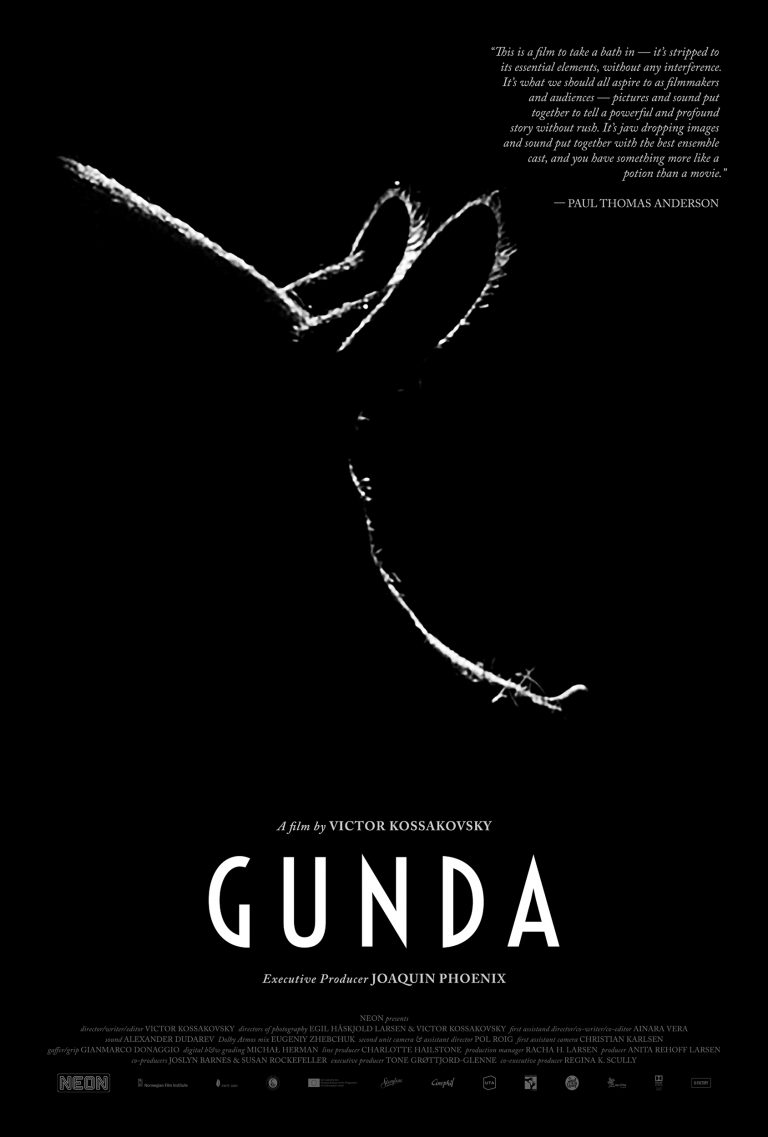 From the director of the climate documentary Aquarela, this aesthetically stunning film follows the lives of the eponymous Sow, as well as two cows and a chicken, as they live out their daily lives.  Depicting the emotional lives of his animal subjects, Kossakovsky’s tender and moving portrait sensitively depicts the cruelty of the farming industry without ever once lapsing into the grotesque. Gunda instead keeps its focus on the relationships between the farm animals, which are as complex as meaningful as our relationships to one another. Beautifully filmed to give narrative agency to its animal subjects, this is a film unlike any other.

A stunning, and deeply moving argument against the meat industry which prioritises the animals, rather than the humans who breed them.

Discounts and Concessions available through the box office.
- Access Membership Companion seats 75% discount at all performances.
- Groups 10+ £2.00 off.
- Festival ticket offer - get 25% off full-price tickets if you book any 4 events across the two days.