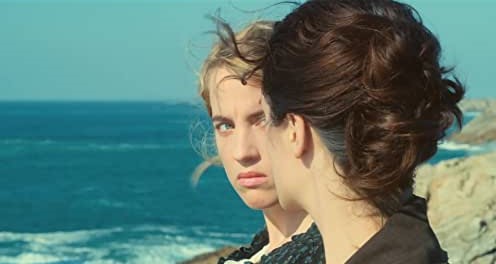 Portrait of a Lady on Fire

A gorgeous slow-burn romance which won the Queer Palm at Cannes in 2019, becoming the first film directed by a woman to win the award. Sciamma also won the award for Best Screenplay.

Set on a Brittany island at the end of the 18th century, professional artist Marianne (Noémie Merlant) is commissioned to paint a wedding portrait. Her subject is, Héloïse (Adèle Haenel) a young woman who has recently left the convent and is opposed to the portrait which will be used to sell her as a marriage prospect.  Marianne under the guise of her paid companion must observe Héloïse in order to create the work in secret.

"... a meditation on passion, art and feminism." Gwilym Mumford in The Guardian

Hello again to The Phoenix!

We are so excited that the Phoenix has risen and is again offering it's wonderful programme of World Cinema to audiences in Southampton -  and even more thrilled that its selection for this year's Southampton Film Week is another wonderful piece of cinema!

If you would like to become a member you can join at any time. You can come for just one film, but we hope you'll come for more! We anticipate offering about 30 films for the Full M171mbership cost of around £80, which is a really good deal.

Students' admission is at Union Films' box office rates. Even cheaper is to become a Student Phoenix Season Member for just £25 or hold a Union Films Premier Pass.

Films are shown at on Wednesdays at Union Films Cinema and start promptly at 8pm. We do not show trailers or advertisements. Southampton University Students Union cinema has 225 comfy, fully-raked seats, cinema-standard digital projection with surround sound. During the current pandemic there will be some socially-distanced seating available. We show the films in the best format available, with their original soundtrack plus English subtitles, when appropriate. We provide film notes and ask everyone to score the film and comment on it afterwards.