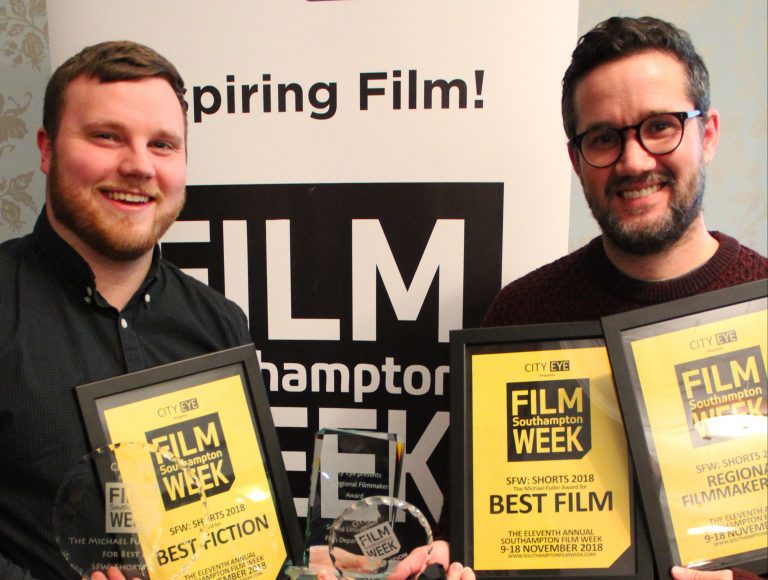 Join us at NST City to celebrate the best of International, UK & Regional short films submitted to SFW: Shorts this year.

Films submitted to Southampton Film Week’s SFW: SHORTS 19 have been shortlisted and judged in Best Artist Film, Best Documentary, and Best Fiction categories. Each shortlisted film will be screened and the winner in each category announced along with The Michael Fuller Award for Best Film as decided by the judges.  The Solent University sponsored Regional Filmmaker Award will be presented to a filmmaker from Hampshire or one of its adjoining counties and those attending the evening will have the freedom to vote for their favourite film to receive the Audience Award.

The panel of judges will be:

Darren Kerr, Senior Lecturer in Film and Head of Film and Digital Arts at Solent University, board member of City Eye

Click here to find out more about the competition and previous winners, and the official shortlist is available here. Good luck to all who have been chosen!