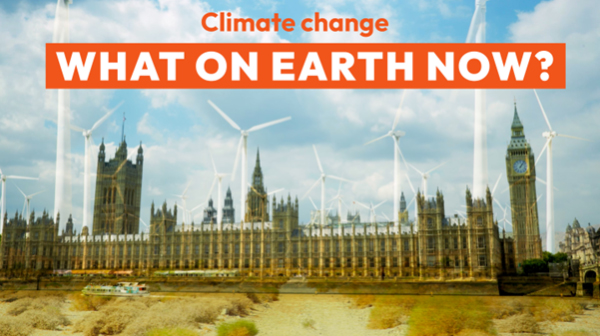 SFW22: What on Earth Now? A Climate Change film by Paul Maple

What on Earth Now? A Climate Change film by Paul Maple

Come and be part of the journey of making this film about climate change. This special preview is for anyone who is interested in climate change and how science and storytelling come together to inform and persuade. We are inviting people to join us at City Eye to voice their views and collaborate on how the final edit is shaped. This is an independent film made to inform and inspire change and we need your input!

What on Earth Now? follows on from Paul’s previous film The Race is On (www.globaldocumentary.org) and tells the real story through the words of world leading experts and changemakers including; Degrowth specialist Professor Jason Hickel, Climate Policy experts Farhana Yamin and Laurie Laybourn, Head of Climate Futures at the Met Office, Professor Richard Betts, with interviews from Fridays For Future, Extinction Rebellion, Possible, and more.